Why Do Neurodiversity and Entrepreneurship Make Such Good Business Partners?

Life is full of challenges, but for an estimated 1 in 7 of us, there are a few extra hurdles in the way. Things that seem so easy to others can feel all but impossible to you. And no matter how hard you try – at school, home, or work – you may get labeled as lazy, stupid, difficult, or incapable.

While there’s no doubt that awareness of neurodiversity has steadily increased over the years, it is still viewed by many as a disadvantage, with much of the focus centered on the negatives or limitations. But if you take a look at some of the world’s most successful business owners, you might notice a theme.

If you reduced the global population of adults to just 100 people, 10 would have dyslexia and 4 would have ADHD.

If you did the same to the population of entrepreneurs, 40 would have dyslexia and 10 would have ADHD, according to recent studies.

But why is this?

What exactly makes business ownership such a rich space for neurodivergence to thrive?

In today’s world, neurodiversity is the idea that "people experience and interact with the world around them in many different ways; there is no one ‘right’ way of thinking, learning, and behaving."

The term was first coined in 1998 by sociologist Judy Singer “to argue for the importance of including all neurotypes for a thriving human society”. And it is thought that a “thriving human society” is actually one of the main reasons neurological differences exist in humans. A recent study into developmental dyslexia by the University of Cambridge suggests that back in the days of our early ancestors, a small minority of the population was born with specialist thinking skills that gave them an edge in areas where the majority might have lacked – although, sometimes at the cost of other skills. But when the minority and majority worked together and combined their skills, it made for a stronger and more adaptable group that was more likely to survive.

So as “neurodiversity” describes the unique differences in all people, "neurodivergence", “neurodistinction”, or “neurodifference” refers to those whose behavior and traits fall outside those of the typical majority – such as ASD, ADHD, and dyslexia.

While the concept of neurodiversity says there is no “right” way of thinking or behaving, the fact is that some styles and traits are more common than others (i.e. neurotypical), and these are what shape our behavioral, social, and cultural norms. So for people whose traits and behaviors are at odds with these norms, the traditional workplace can be an endless source of stress and frustration. The findings of recent employment studies speak for themselves:

So in the words of Alexander Den Heijer, “When a flower doesn't bloom, you fix the environment in which it grows, not the flower.” Rather than trying to suppress the qualities they were born with to try and meet neurotypical standards, entrepreneurship offers neurodivergent individuals a unique opportunity that may not be accessible otherwise. Aside from pursuing their passions, they’re able to create a work environment that supports their needs and put systems and structures in place to minimize obstacles and help them reach their full potential.

According to recent studies, entrepreneurship seems to be especially suited to one neurodistinct group in particular...

ADHD is a neurological condition characterized by a consistent pattern of inattentive, hyperactive, or impulsive behaviors – or a combination of all three.

A 2016 French study of small business owners explored the link between their ADHD symptoms and their entrepreneurial orientation (EO) – an entrepreneur’s ability to enact their business’s organizational purpose, sustain its vision, and create competitive advantages.

Their findings showed a positive link between ADHD traits and EO, with the researchers going so far as to say that they may lead to positive outcomes in a small business context. “When we view ADHD symptoms through the entrepreneurial lens, inattentiveness becomes a desire to imagine and discover unexplored terrains, hyperactivity becomes an aptitude for multitasking and innovation, and impulsivity becomes a trigger of risk-taking… When employed in an appropriate environment, individuals with ADHD symptoms may be regarded as assets rather than as possibly problematic cases. We should recognise their strengths rather than remediate what are often simply regarded as their weaknesses.”

A similar study found that entrepreneurs with ADHD employ a more intuitive cognitive style and demonstrate higher levels of entrepreneurial alertness and resource-induced coping heuristics, all of which are key to getting a business off the ground.

According to the researchers, “We suggest our findings stem from a biological need to avoid delay that manifests in impulsive or hyperactive behaviors by individuals with ADHD. For entrepreneurs, finding opportunities is imperative for progressing in an entrepreneurial process. We believe the ADHD pathology creates a biological need to avoid stagnation, which logically translates to a heightened need for progressing their venture.” They also agree that common traits of ADHD are synonymous with key behaviors that serve to grow a successful business – such as ingenuity, innovation, creativity, determination, perseverance, risk-taking, and intense concentration in the form of hyper-focus.

But of course, it’s not just ADHD traits that run parallel with valuable business skills. Subject to individual differences, people with ASD are said to work with a high level of accuracy, excellent attention to detail, strong memory, determination, persistence, and out-of-the-box thinking. People with dyslexia can perceive certain kinds of visual information better than those without the condition and may excel at oral communication, delegation, creative, and spatial awareness tasks.

The rough road to success

Although neurodifferences have many strengths that could even be considered business superpowers, even Superman has his kryptonite.

As people with ADHD, ASD, or dyslexia will have these conditions from birth, they are likely to spend a significant number of years navigating their way through a neurotypical world before they can even consider a career choice that helps them capitalize on their strengths. Struggling to meet academic or social expectations, or even being bullied for their differences, can all lead to strong feelings of incompetence, insecurity, and inadequacy. And sadly, this means secondary mental health issues such as stress, anxiety, and depression are particularly common among neurodivergent individuals.

"I feel like my whole life I've been insecure about looking not smart," Barbara Corcoran shared in a recent interview about her dyslexia. "So I feel like everything I do is a constant attempt to prove to whoever's around me that I can measure up." Economist and author Diane Swonk also recalls dealing with unsympathetic teachers who labeled her as lazy for her struggles with math facts and her poor spelling.

Although some support and treatment options may be more accessible to some than others, a key piece of advice from Charles Schwab is “Don’t be afraid to ask for help and to admit you need it.” Running your own business may be a great opportunity to put your neurodistinct strengths to use, but that doesn’t mean you should suffer in silence if certain traits are impacting your health or happiness.

Much of the conversation surrounding neurodivergent conditions such as ADHD, dyslexia, and ASD has focused largely on their negative impacts at school or work. However, what has often been overlooked are the unique perspectives and valuable skills that they can bring to the table.

When Dr. Johan Wiklund – professor of entrepreneurship at the Whitman School of Management – was diagnosed with ADHD in 2012, he said in a recent interview "I was actually baffled by the fact that there were 10,000 papers, at least, written about how bad it is to have ADHD, and I couldn't even find a handful (that were positive). If we could change the conversation, it would be phenomenal, because it's so stigmatized, it's so negative."

To say that all neurodistinct people would make great entrepreneurs or that a neurotypical person can't possess the same skills that make for a successful business owner, would, of course, be wrong. But the point is, we all have unique strengths and weaknesses that we must contend with every day, and in order for any of us to succeed, we need an environment where our strengths are valued and utilized. For many neurodistinct people, their own business can be the answer. The simple ability to choose when, where, and how they work can make a huge difference in breaking down the barriers that had previously held them back.

Neurodiversity is often misunderstood and underestimated, but with the right support and strategies, individuals and their businesses can truly excel.

Why You Should Hire A Virtual Assistant For Your Shopify Store

How To Prioritize As An Entrepreneur: What To Do When All Tasks Feel Important

6 Tasks Attorneys And Lawyers Should Delegate To A Virtual Assistant

5 Ways A Virtual Assistant Can Help Your Small Business Grow

Why You Should Hire A Virtual Assistant For Your Shopify Store

Virtual assistants are becoming more and more popular in the world of e-commerce, and for good reason.
#E-Commerce #Shopify #Task ideas 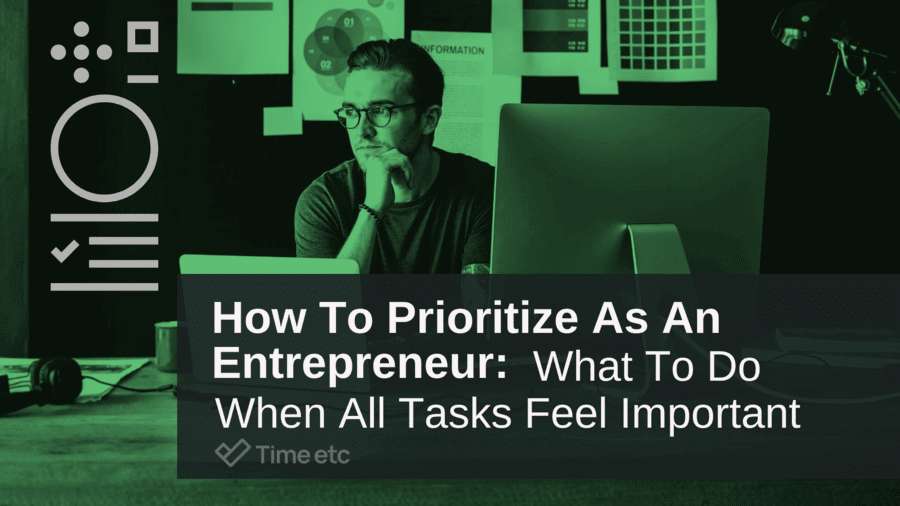 How To Prioritize As An Entrepreneur: What To Do When All Tasks Feel Important 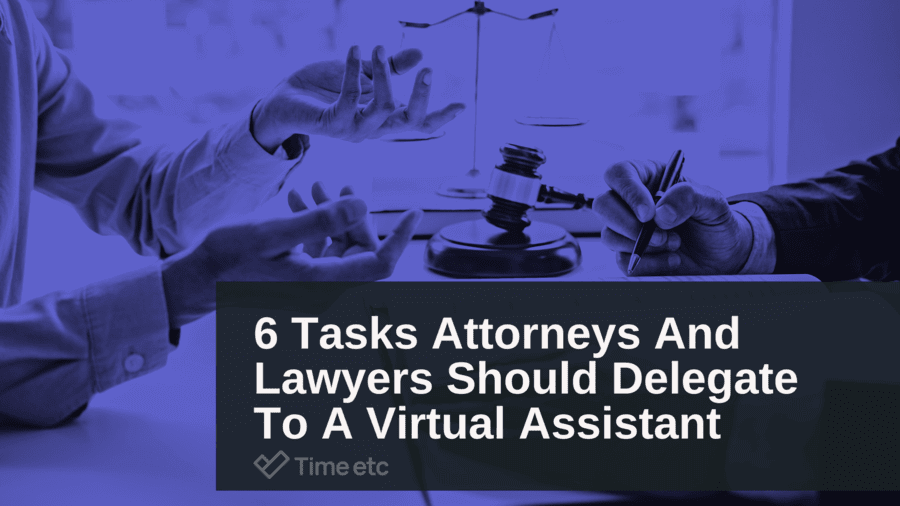 6 Tasks Attorneys And Lawyers Should Delegate To A Virtual Assistant

Attorneys and lawyers can greatly benefit from outsourcing at least some of their work to virtual assistants. But which tasks should they outsource?
#Save time #Task ideas #Virtual Assistant 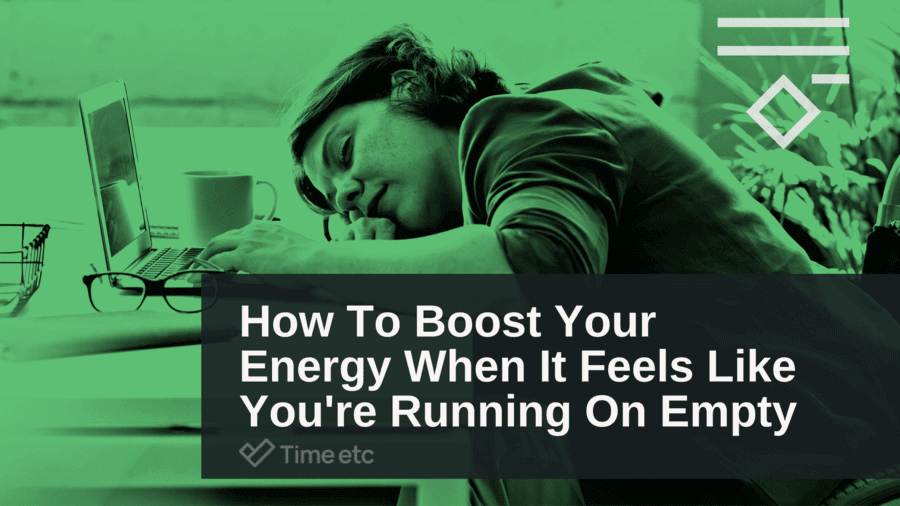 Are you tired of feeling tired? This article could have the answer
#Energy #health #Productivity